Hello! This is my first month participating the the Recipe Redux! This month’s theme is “spooky spices.” This recipe for curried lentil soup fits the theme because it uses several spices that I pulled out from waaaaay back in my pantry because I’m rarely brave enough to use them. Well, this soup turned out so well, I’ll have to incorporate Turmeric and Calcutta Heat into my cooking more often! 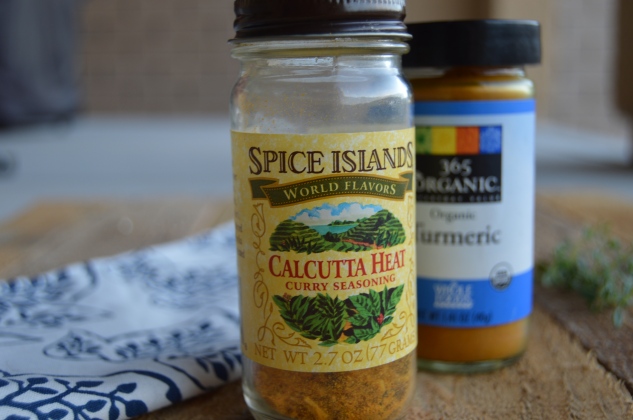 Sometimes I cook a dish just because I have leftovers. In this case I had a little bit of chicken stock base left after making garlic butter shrimp for my husband and client. I don’t like shrimp, so I made myself a different dish on a whim. I had almost everything on hand to make this lentil soup by The Traveler’s Lunchbox. The only thing missing was cardamom, which is a fairly expensive spice that Colby and I buy EVERY year to make his German mulled wine for Christmas. It’s called feuerzangenbowle and I’ll be sure to post his signature recipe for it as the holidays approach. It involves lighting sugar and rum on fire, so it’s lots of fun to make! Anyway, we’ve bought cardamom at least twice before, yet it’s nowhere to be found in the pantry… so I improvised with spicy curry powder! The kind I use is called Calcutta Heat, which is a spicy curry blend. I suspected that the lentil soup would be strangely sweet (with nutmeg, cinnamon, and cloves), I don’t like my entrees overly sweet. Without the cardamom, the soup was missing something, so swapping in Calcutta Heat actually enhanced the soup. Try it out! It’s incredibly flavorful and warming for a chilly day. 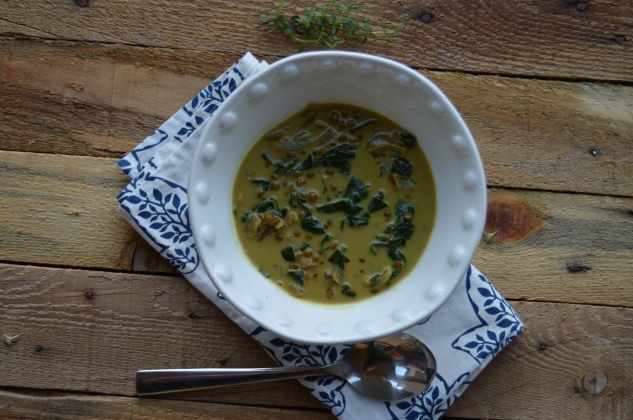 1. Combine lentils, chicken stock, thyme, and turmeric in a small/ medium saucepan. Bring to a boil and reduce to a simmer for about 20 minutes, or until the lentils are tender. Discard the spring of thyme.

2. While the lentils are cooking, heat butter in a skillet over medium heat. When melted, add onions and stir around until tender and golden (about 2-3 minutes). Add fresh garlic, curry powder of choice, nutmeg, cinnamon, and ground cloves. Stir around until fragrant.

3. Scrape the onions and seasonings into the saucepan (if you want to get every last bit, like me, add the lentils and stock to the skillet instead). Add the coconut milk and fresh spinach.

4. Reduce the heat and simmer for about 10 more minutes. Adjust the flavor to your liking with salt and pepper. Serve hot.

Check out other Recipe ReDux recipes below!

One thought on “Curried Lentil Soup”